This project developed sustainable, “empathetic PR songs” that local community members are free to use. Local high schoolers and an artist from the area composed the music together to get the young people’s message out more effectively and generate newsworthiness.

Together with locally raised artist NOBU (Universal Music), 24 third-year students studying commerce and business information at Kobayashishuho High School spent five months in a songwriting workshop. They split into six teams to create theme songs for the city of Kobayashi.
At the live Koba Uta Battle during the school festival, they performed the six demo songs in front of the entire student body. After a public vote, the winning song, “Inaka Joshi Kosei” (meaning “Countryside High School Girl”), had a music video produced and released. The song was also recorded for release on NOBU’s new album, which went on sale on April 18, 2018. 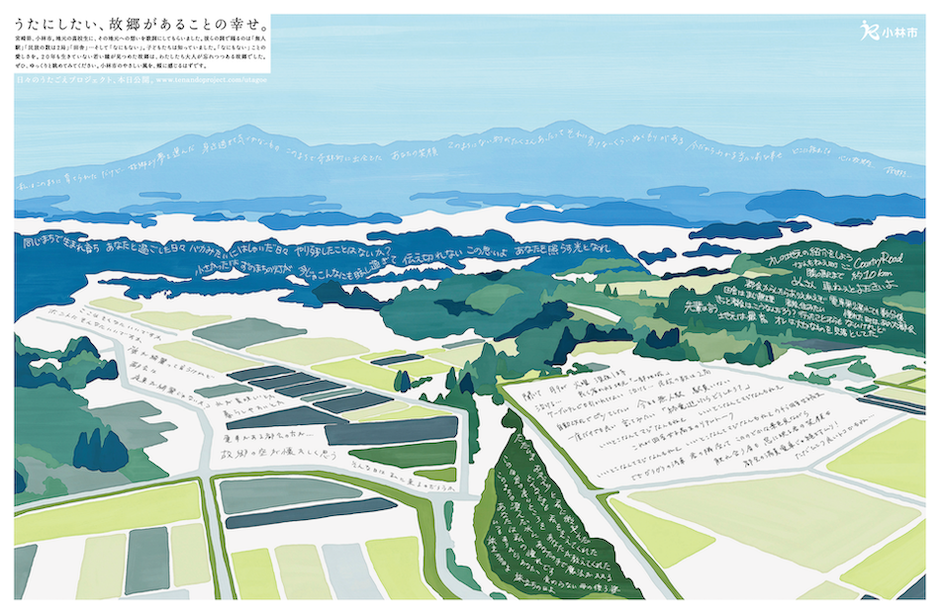