This performance was a collaborative with Björk to explore the possibilities of musical expression. This was streamed in the form of 360-degree VR live streaming. AR and VR technology used to produce the live footage filmed using a 360-degree camera to transcend the framework of conventional live streaming. The result was a never-to-be-repeated experimental moment capturing what happens when the possibilities of fusing technology with musical experience were explored. Also, this work is live streamed version, and the final version of this work will be launched in Fall as a music video. 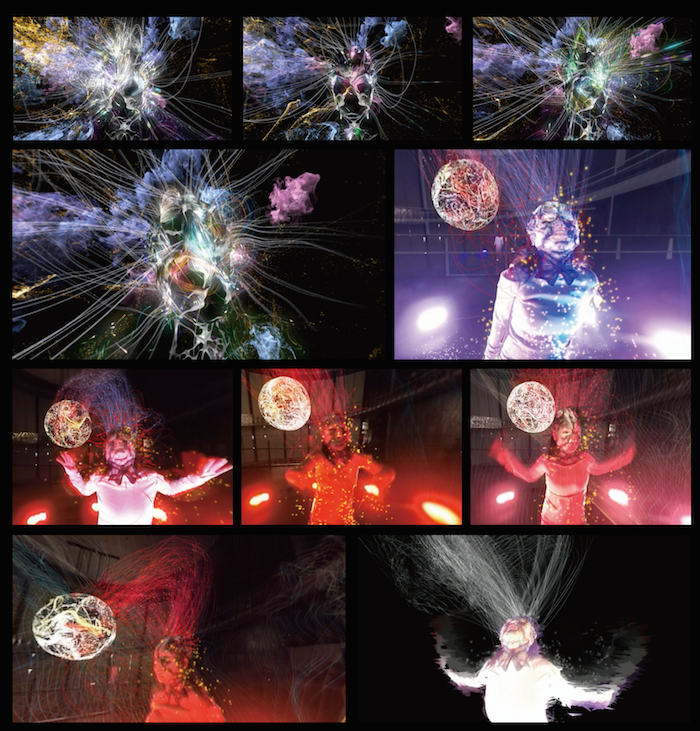