“A dress for Venus, after 100 years without clothes…” It was a live performance unveiled at the opening event for Art Fair Tokyo, the largest international trade show for art in Japan. We produced haute couture for Venus using “The Birth of Venus,” a painting by William Bouguereau, as a motif.

People are beginning to use VR, AR and AI in a variety of ways, but they are technologies with a variety of issues and as yet unidentified potential for numerous uses. For example, while VR holds promise for use with diverse creations, the problem is that the content of those creations remains largely unknown to everyone except the users wearing a head-mounted display, and it is especially difficult at a live event with a big audience like this one to have a shared sense of wonder.

For this project we used VR drawing tools in 3D to design the dress. Using Pepper’s ghost, we three-dimensionally reproduced a completed VR dress on the stage to “clothe” a real statue of Venus, thus allowing the audience to share the experience without wearing an HMD. We also employed AI that we trained with Mr. Bouguereau’s painting style to combine our new dress with the original painting, thus producing a single work of art.

VR as a liberating canvas, AR employed for exhibition, and AI for collaborative creation… We displayed this first-of-its-kind method for creating a painting as an entirely new kind of live drawing performance that turned all three of these processes into content. 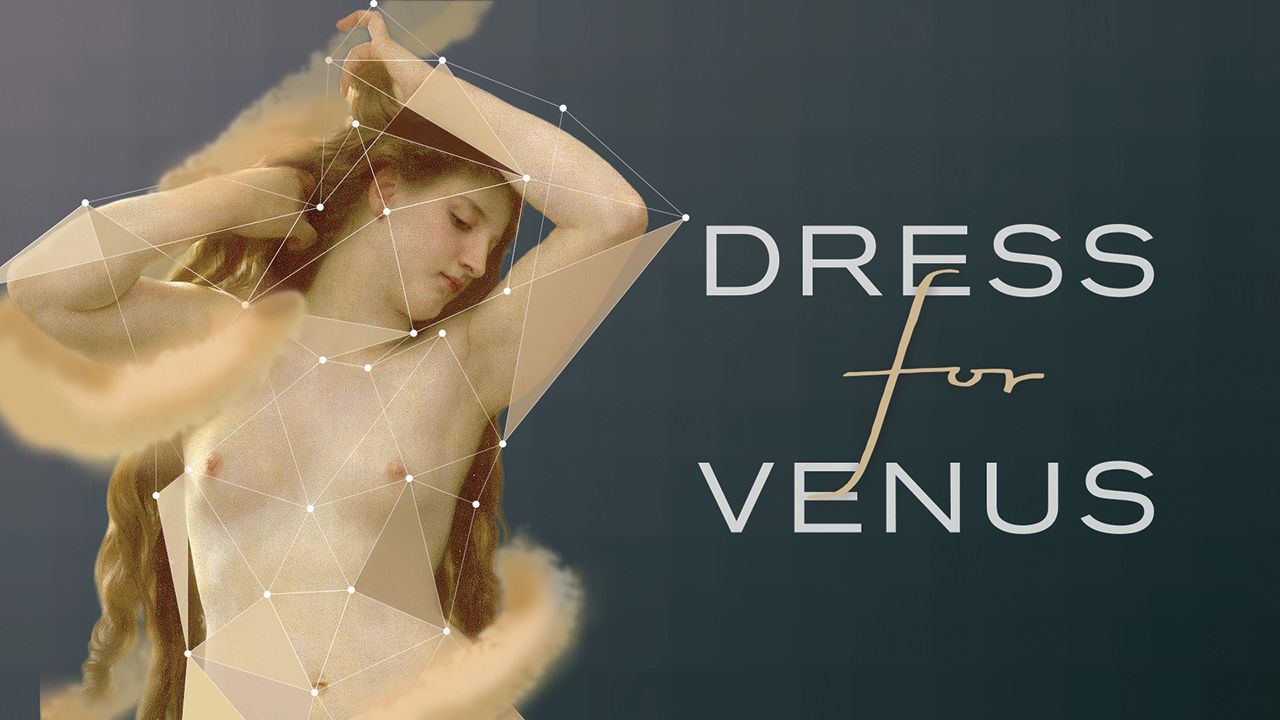 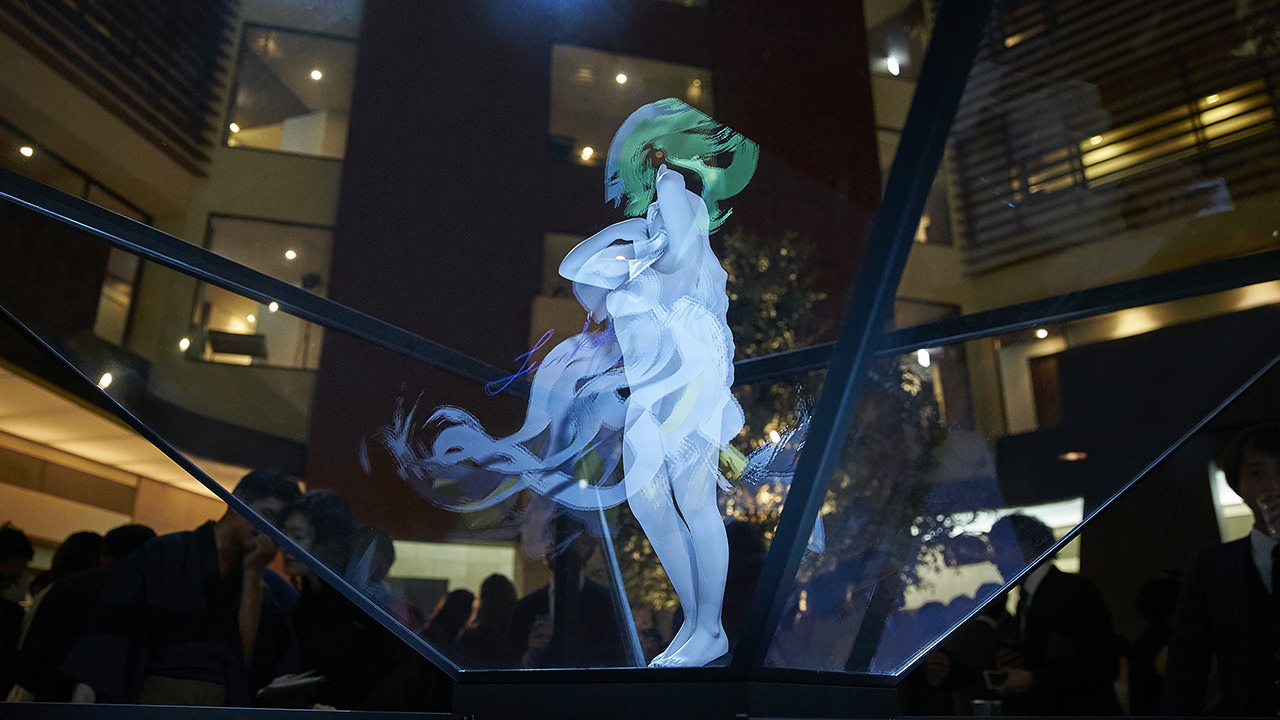 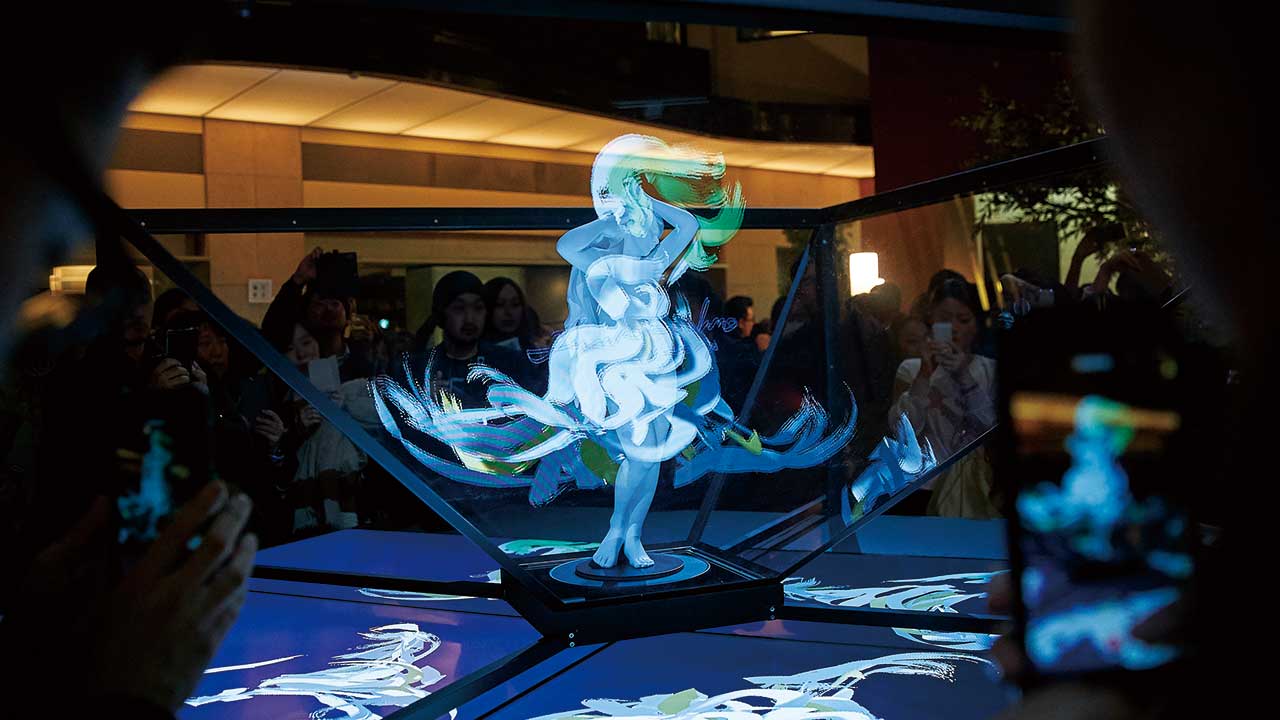 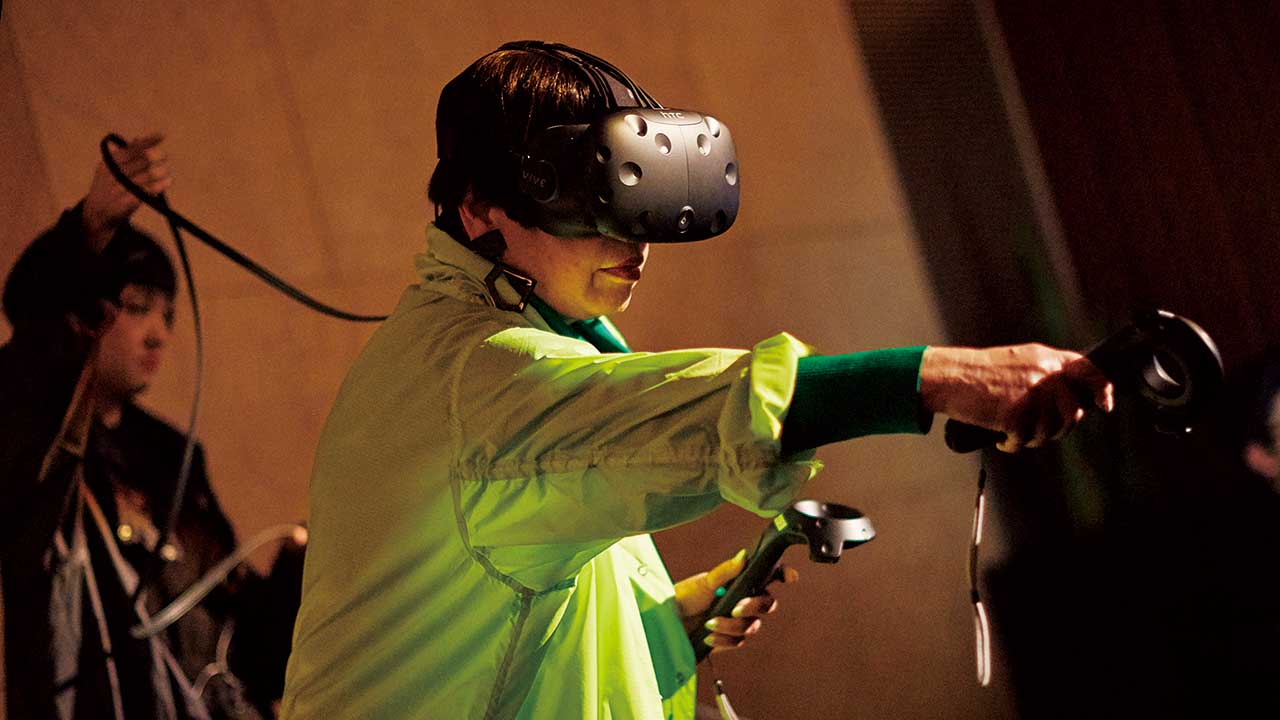 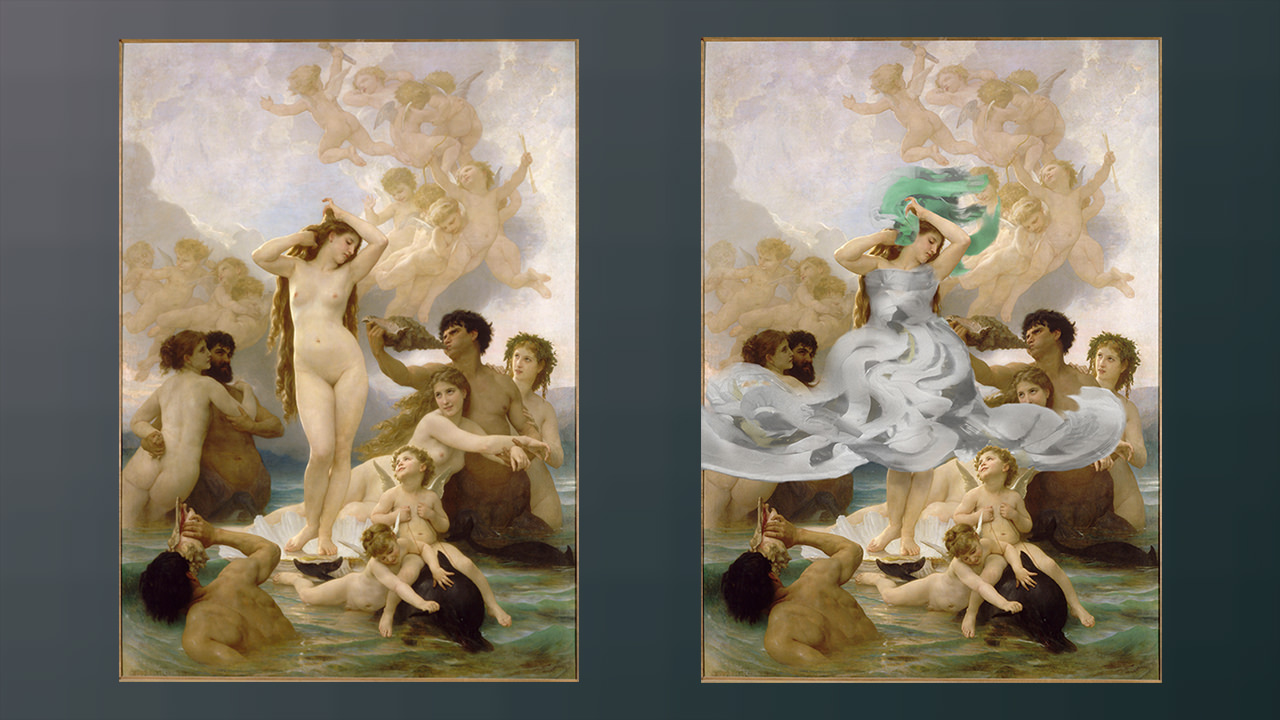